An update on the productions, both local and international, filmed in recent months and those scheduled in the coming weeks. 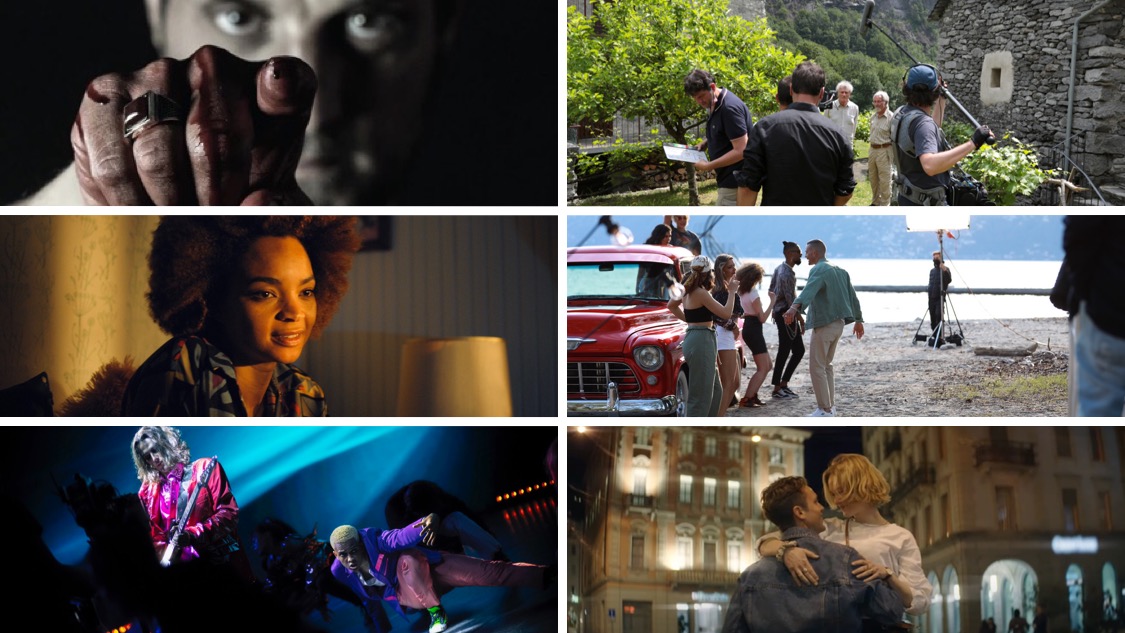 As always, the warm months in Southern Switzerland are definitely a set time. Since the first days of spring, the work for both local professionals and the Ticino Film Commission has been intense. With almost thirty audiovisual productions of various kinds in different regions of the Canton, we can say that there has hardly been a day without a camera capturing a slice of Ticino.

Leading the way during the spring was the production of commercials and music videos.

In April, Chocolate Films (Zurich) shot some scenes for the promotional video of Switzerland Tourism Grand Tour de Suisse with the Swiss star Bastian Backer. In the promotional video we are accompanied by "Jackpot", the new song of the Swiss singer, through some suggestive places of Ticino, from the center of Lugano and Carona, to the Mediterranean shores of Morcote, up to the Leventina Valley. A music clip that on Youtube alone has quickly exceeded half a million views.

We move instead to the shores of Lake Maggiore for the shooting of Loco Escrito's latest music video. The singer, the winner of the 2021 Swiss Music Award, landed at the Lido of Ascona with a large crew to shoot the scenes of the video clip for his new song Mamacita. A music video that, just on the Youtube channel of the singer has easily passed 700 thousand views.

Then Cristiano Ronaldo arrived in Ticino, and between April and May 2021 he was the protagonist of two commercials on the shores of Lake Ceresio. One for the brand Therabody, filmed in a villa in Paradiso, the other for Live Score, staged at the Centro Esposizioni Conza in Lugano in May with an impressive deployment of technical and visual effects.

In Lugano and then in the Mendrisiotto area, from the end of June and during the month of July, was filmed the first musical film shot in Italian-speaking Switzerland. The film, entitled Stars - a costo dell'amore, starring the students of Paolo Meneguzzi's Pop Music School in Mendrisio, was directed by the young Ticino director Anna Spacio and produced by Alberto Meroni's Inmagine SA and Pop Music School, in co-production with RSI.

Continuing with the film productions, the shooting of Papaya 69, the first feature film by Riccardo Bernasconi and Francesca Reverdito produced by PicFilm and RSI, ended in June. The filming took place over four weeks, mainly in the Mendrisiotto area, and then moved to Italy for the final part. We can't wait for the audience to enjoy the plot: a special encounter between two girls and their journey of growth and redemption.

The City of Lugano was also the protagonist of Ticino's summer of filming, chosen by two important international productions: Il sesso degli angeli by Leonardo Pieraccioni (Levante with Rai Cinema) and Calcinculo by Chiara Bellosi (Tempesta with Rai Cinema in co-production with tellfilm and Radiotelevisione svizzera RSI). The city on the Ceresio was transformed for a summer week into a great film set.

As far as documentaries and web series are concerned, in June filming finished on the documentary by Federico Massa and Tommaso Brugin on the writer Mario Rigoni Stern Il sergente dell'altopiano. The life of Mario Rigoni Stern, filmed between the Muggio Valley and the Bavona Valley. The film traces the life of the great Italian writer through the testimonies of the people who knew him personally.

Finally, filming is in progress for a documentary about the events and hidden truths of an ex-ultra in an apparently perfect Switzerland, told through the eyes of 26-year-old kick-boxing athlete Francesco Laquale. The documentary entitled RED also features some animation and is directed by Ticino director Andrea Pellerani for the production of Amka Films.

An entirely different setting for the filming of the second season of Nick Rusconi's web series Arthur, shot in various locations in the Mendrisiotto area and produced by Inmagine SA. Get ready because the release in cinemas and streaming is scheduled for next October.

In recent weeks, several promotional spots have also been filmed in collaboration with Ticino Turismo and Svizzera Turismo, such as a press trip for the well-known Italian TV programme Kilimangiaro or the trip that Michelle Hunziker made to Ticino as ambassador for Switzerland and Ticino in Italy. Moreover, in October on the German TV channel WDR & NDR it will be possible to see an episode entirely dedicated to Lake Maggiore and its surroundings on the transmission Wunderschön, whose shooting took place in Locarno and Maggia Valley.

Over the next few months, a few days of filming will take place in the Lugano area for a feature film produced by the Zurich-based production company Zodiac Pictures. Other "top secret" shootings remain well guarded by the Ticino Film Commission; to be revealed in due course.