Filming has begun on "Stars", a film curated by Paolo Meneguzzi and Alberto Meroni

The shooting of the film "Stars", produced by Paolo Meneguzzi and Alberto Meroni, began on 30 June 2021 in Lugano. 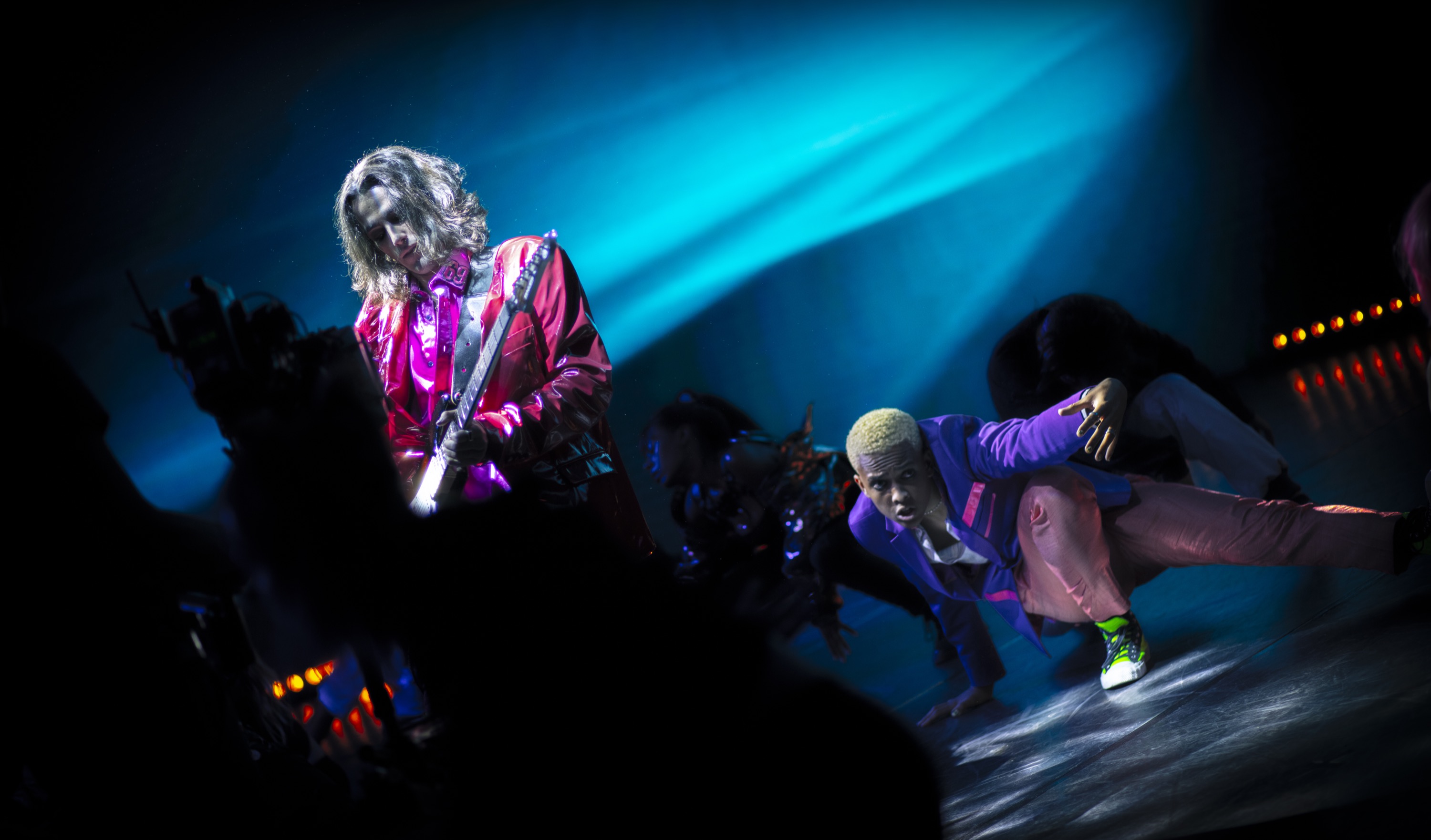 It all started from an idea of singer Paolo Meneguzzi, who, inspired by his twenty years of experience in the world of show business and his Ticino POP music school, had the idea of making a feature film that would have involved both the students who attend the courses at his school and Ticino professionals in the sector. To launch Stars, the singer convinced producer and director Alberto Meroni to embrace his project. Both producers then entrusted the script to the author Fernando Coratelli and the directing to the young and promising Anna Spacio, a recent graduate from CISA in Locarno, the film school that also co-produced the film.

Shooting, which will take place entirely in Ticino, began on 30 June 2021 at Padiglione Conza in Lugano and will last 26 days, before moving on to other locations including Villa Foresta in Mendrisio. The realisation involves a team of 100 people on a daily basis, including artists, actors, professionals, film school interns and precious helpers. In addition, the cast includes Francesco Facchinetti (DJ Francesco) as Contest host and actress Cristina Donadio ("Scianel", "Gomorra"), plus a dozen WebStars with millions of followers on Instagram and TikTok, including Daniele Cabras, Vincenzo Cairo, Noa Planas, Michelangelo Vizzini, Andrea Settembre etc. The WebStars will be invited to sing alongside the young protagonists and songwriters of the film.

The premiere is scheduled for late spring 2022, followed by a broadcast in cinemas in Italian-speaking Switzerland, in Italy and on various on-demand platforms, as well as a broadcast at various film festivals. In the meantime, we invite you to discover the story and some images from the set at the Conza Pavilion.

Synopsis
The story is set in a POP music school where talented teenagers are preparing to compete for the title of the best band of the year during an important contest broadcast live on streaming and TV. The boys are led by a headmistress who believes in their talent, but who imposes strict rules including a ban on romantic relationships because she believes that love is just a distraction from study. A film about music, dance, friendship, career and love.

The film is produced by INMAGINE SA e POPMUSICSCHOOL, co-produced by RSI Radiotelevisione Svizzera Italiana and supported by the Federal Office of Culture, the Department of Education and Culture (DECS), the Film Plus fund of Southern Switzerland, the Ticino Film Commission and supported by various private sponsors such as BancaStato, Vans, fashion designer Yezael Cruciani, Serfontana and many others who strongly believe in the project. 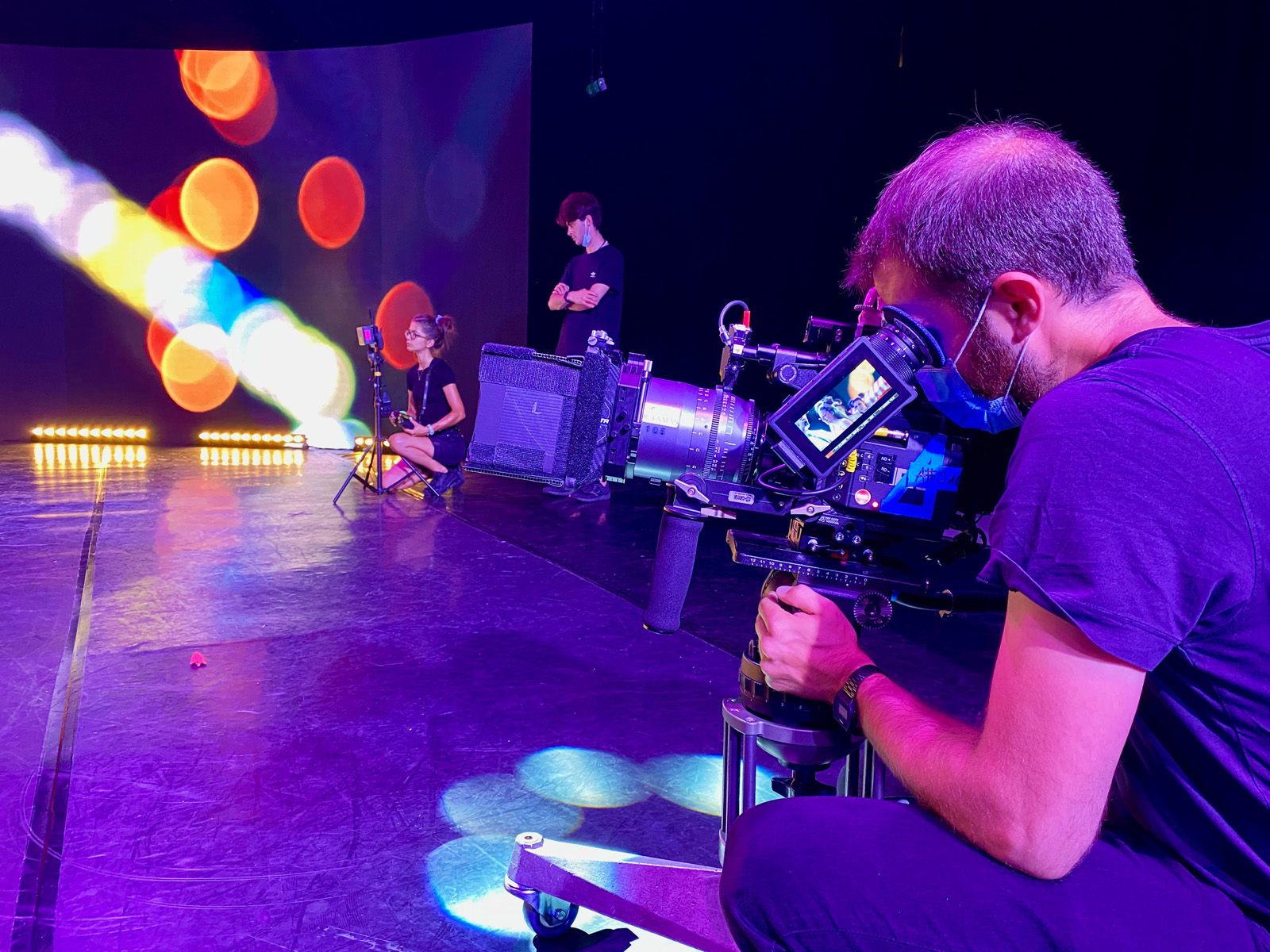 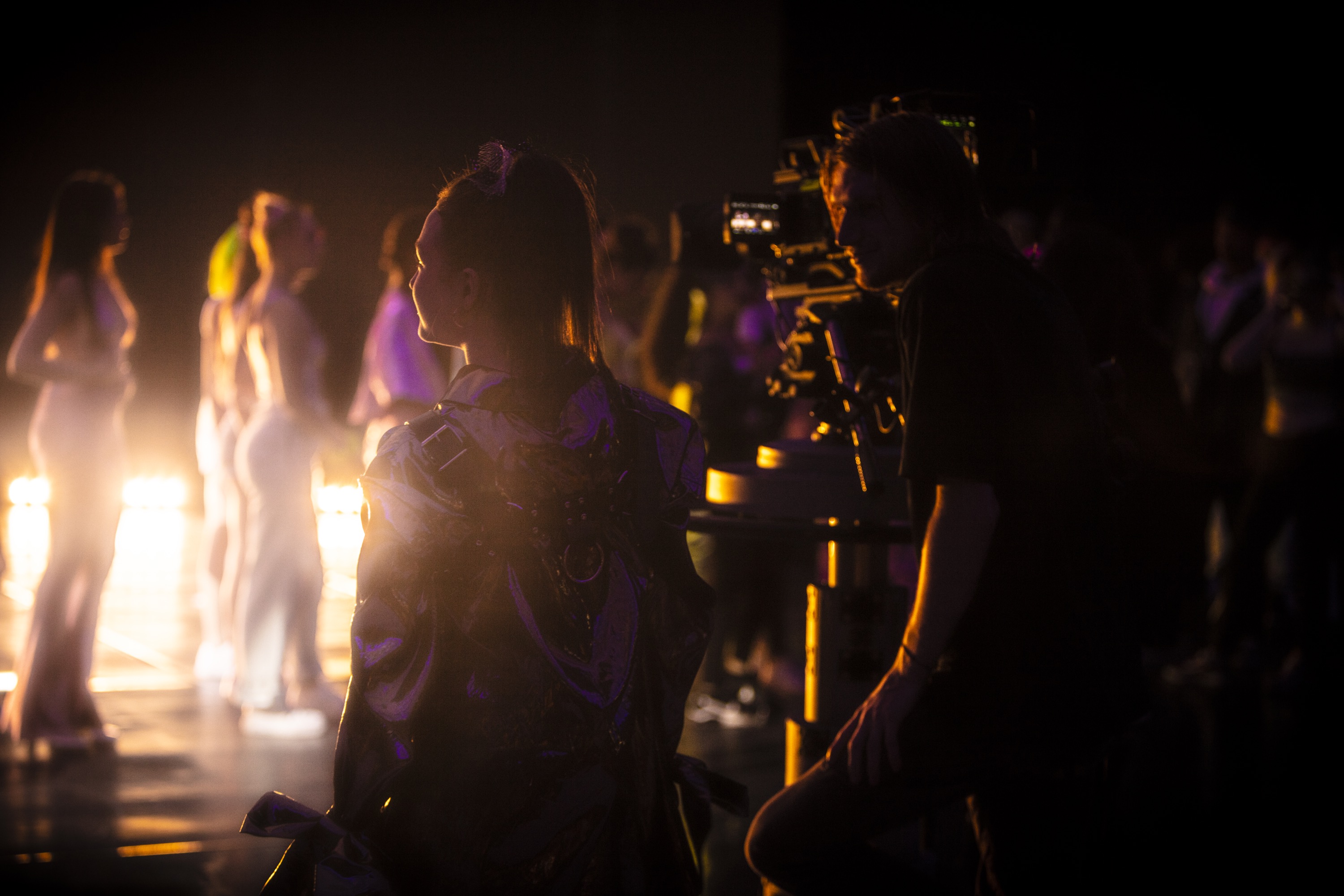 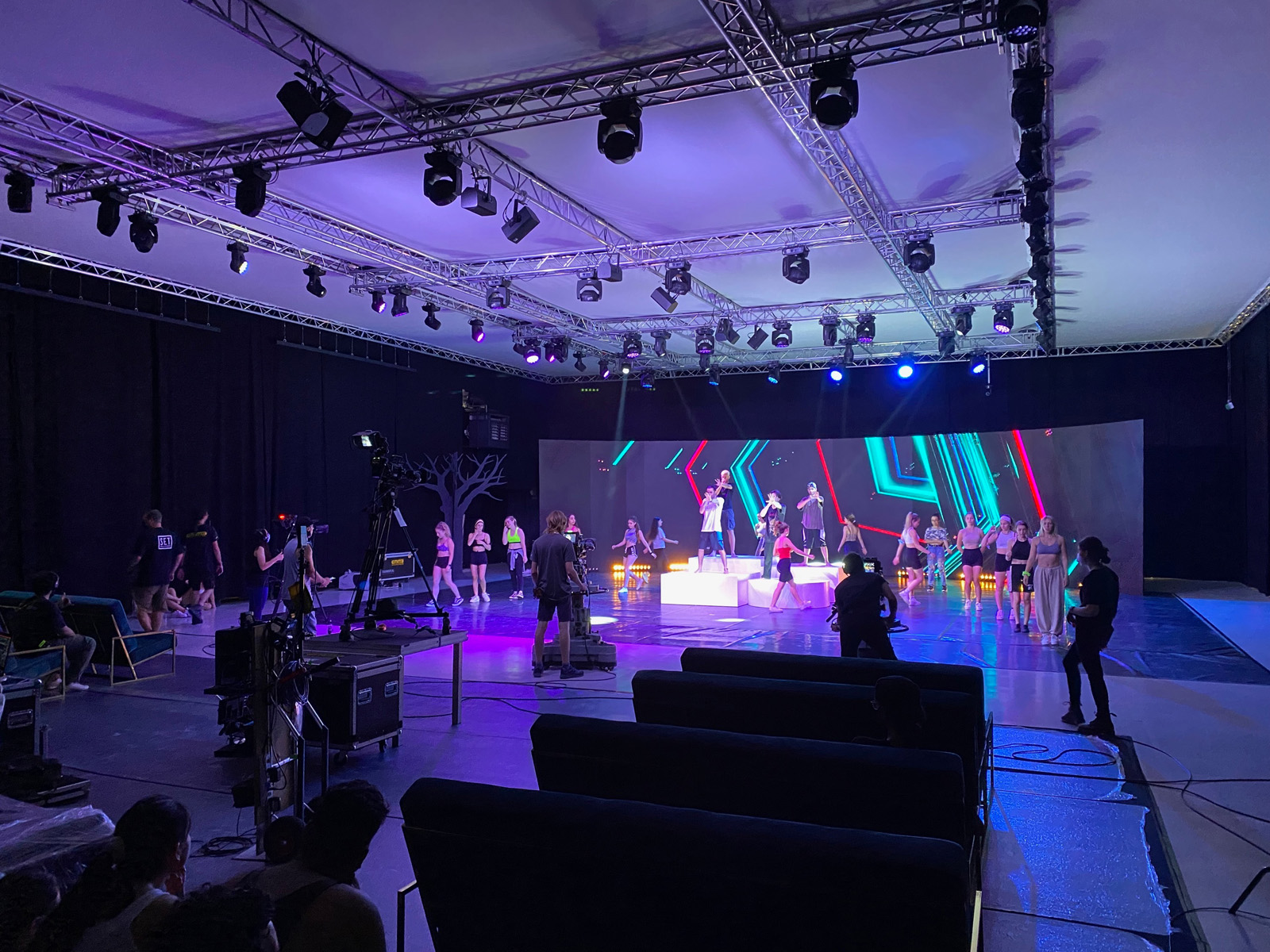